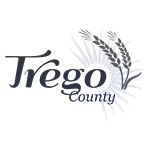 The original Fujita scale was created by Ted Fujita in 1971. In February 2007, an updated and improved version of this scale went into use: the Enhanced Fujita Scale. The scale is still based on the amount of damage a tornado creates.


Have you ever wondered what the difference is between a weather watch and a weather warning?

What does it mean when the National Weather Service issues a Severe Thunderstorm Watch or a Tornado Warning?

A weather watch means that conditions are favorable for severe weather to develop - this means it could happen, but doesn't mean that it will. Watches usually cover a large area and can be several hours long. Meteorologists at the National Weather Service keep a close eye on an area that is under a watch.

Example: Tornado warnings are issued when the meteorologists see rotation on the radar or storm spotters see clouds rotating, funnel clouds, or actual tornadoes. There might not be an actual tornado on the ground when a Tornado Warning is issued, but you should always take the warning seriously and take cover immediately!


Hail normally shows up during a strong spring or summer thunderstorm. When a thunderstorm is forming, clouds can build up to heights of 50,000 feet or more - way up where the atmosphere is extremely cold! The "updraft" (the air moving up into the storm cloud) can pull little bits of dust or ice way up to the highest level of the cloud. These combine with frozen water droplets to make a small ball of ice. These ice balls try to fall out of the cloud, but are often pushed back up to the top of the clouds again by the strong updrafts. There, they form even bigger balls of ice. Eventually they become so heavy that the air can't hold them up anymore, and they fall to earth as hail. The stronger the updraft is in a storm, the longer the ice balls stay in the clouds, and the larger they get. The size of the hail that lands on the ground helps tell meteorologists and storm spotters how strong a storm is.


Freezing rain occurs in the winter and usually starts its life out as snow. As the snow falls from the clouds, it hits a warmer layer of air and melts into rain. Before reaching the ground, though, it passes through a shallow layer of cold air that drops its temperature below freezing (the droplets themselves aren't frozen solid at this point - they are just very cold). When the droplets finally reach the ground, they freeze to every surface they touch (cars, trees, streets, etc). This coating of ice can make driving very dangerous and can also do damage to tree branches and power lines.


Snow starts to form when water in the atmosphere condenses into little droplets. More water condenses, and the droplets get bigger. When temperatures are warmer, these droplets will get heavier and heavier, and then fall out of the clouds as rain. However, when the air in the cloud is below freezing, these droplets freeze into ice crystals. These ice crystals continue to grow and stick to each other, eventually taking on the six-sided snowflake shape. When the snowflakes are heavy enough, they fall to the ground